About the Village of Roscoe, Illinois

Roscoe is a village in Winnebago County with a small-town atmosphere where 10 526 people reside. It is situated in the far north of Illinois near the Wisconsin border and 80 miles west of Chicago. If you plan to visit Roscoe, keep in mind that the weather is best during June, August, and September, while January and December might get a bit cold for long walks around the village.

A Short History of Roscoe, Illinois

During 1965, Roscoe was incorporated as a village and had a period of rapid growth. In 2011, the Harlem-Roscoe Fire Department, located at 13974 Willowbrook Rd, 61073 Roscoe, was hit by an EF-1 tornado. Luckily, no injuries were reported during this tornado with a path length 1 mile long and 50 yards wide.

If you are looking for a suburban rural mix in Illinois, then Roscoe is one of the best places to live. There are plenty of families and young professionals, and the community tends to lean more conservative. The village has a low crime rate and the cost of living is 10.8% lower than the U.S. average.

Here one will find many residential homes that have gained a home appreciation of 4.5% in the last ten years. Most of the people living in Roscoe own their own homes while the minority are renters. The schools in this area are also very highly rated.

The Hononegah Community High School District is situated in Rockton, IL, which is only a 9-minute drive from Roscoe.

The two latest custom home subdivisions in Roscoe, IL 61073, east of the Illinois Tollway are the Promontory Ridge and Hidden Creek.

In Roscoe, Illinois, one will find the residents to be friendly and welcoming. This village has a unique historical charm and one can see the Historic Auto Attractions at 13825 Metric Rd, Roscoe, IL 61073. There are plenty of interesting and entertaining events throughout the year, and the village is a great place to live for both families and young professionals.

If you are looking for a roofing company in Rockford IL that can efficiently take care of your roofing, siding, and storm damage, you are in the right place!

Martin Exteriors Roofing & Siding is a family-owned and operated local roofing company that is dedicated to providing unmatched roofing services. 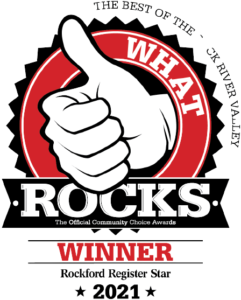